Stretch to Contain: A Dream Motto 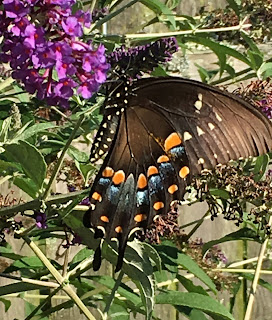 A big dream is a life plan; it's a map for the journey.  Over the years I've written about my Howling Mary dream. I know why Mary was howling; she was calling to me to see and to do.  In my dream, I ran to her and offered to help.  She inspired me to grab the chalice from the priest and offer something better than the worms they were serving communicants. The worms had turned to rubber bands.

Rubber bands stretch to contain.  This dream is decades old, but right now, I think that's an excellent motto. A game in Active Dreaming is to come up with a bumper sticker derived from a dream.  "Stretch to contain."

I was recently invited as a past board member to a wonderful organization , run for and mostly by women, addressing critical issues women face in patriarchal culture, domestic violence and sexual assault.  In patriarchy, males are sanctioned to commit both, especially if women step outside the behavior code prescribed for them.  There are, of course, always patriarchal not libel clauses for  moments when "men will be men."

CBS 60 Minutes correspondent, Lara Logan, is the keynote speaker at CFJ's event.  She was covering the Egyptian "Arab Spring" In Feb. of 2011 when minor technical difficulties for her and her all male crew created a moment off camera when the reveling warriors became obsessed with attacking her.

She impresses me in her account with her unbelievable courage and clarity.  I cannot imagine in any cell of my body having to endure what she endured.  I'm very grateful to her for sharing her story and hope you will take the little bit of time to hear it if you haven't already; I'm attaching it at the end.

I've already mentioned how we're living in a ramped up pussy grabbing world, until we decide to call a spade a shovel and confront the explicit and malignant male view of women, how it's perpetuated in various religious cultures and what we can do to reverse this poisonous tide, we miss the point of what needs to happen.  A point that Howling Mary in my dream made very clear.

What happened to Lara Logan happened because she went into a supremely patriarchal bacchanalia thinking her international journalist status would protect her, as would her team of men.  But you look at that crowd and you see it's all men, maybe one grandma in full dark burrito wrap, but all men.  Then you look at Lara and she is the epitome of beautiful Euro/Anglo woman.  I have to ask myself; what's going on here  that isn't being reported? This is a hate crime, not a sexual assault.

Sexual assault is a loaded term in patriarchy; the "she asked for it" defense has served attackers well over the years.  But the violence that erupted from the celebratory victory parade Lara was covering, in my opinion, erupted as a cultural, uber-male patriarchal hate crime that has mixed into it, the hatred of the controlling male faction of patriarchy, the white race, the West.  But Lara was in the bullseye. She was the epitome of the Western woman, smart, beautiful, independent and unrestrained; definitely not burrito wrapped.

What responsibility does CBS have for their naive approach to covering the news of that testorone charged day?  A lot, I think.  But that aside, in the 60 minutes report, there is no mention of the obvious.  This is a fanatically anti-woman religious group attacking a beautiful, independently successful white woman, perhaps because she personifies what they fear the most, the freedom and equality of women.

I'm sorry, any culture that insists women be burrito wrapped in desert heat because of what her beauty and seductive powers might do to undermine the excellent job the guys are doing currently, is a culture to be called out and watched closely.  Uber-macho patriarchy is at the heart of God the Father, men in charge religions.

As a feminist since the 70's, I'm so tired of the bra-burning, man hating media Medusa projected onto our movement on the yap-tube, which is at least 90% male owned and run.  Yes, there was a great feminist awakening of consciousness for women and men in the 70s and 80s, but any feminist who doesn't know how the movement was co-opted; think super hero women in stilettos and bustiers, faking ingenue for Mr. Right.

At the heart of all human renewal is the challenge of balancing the female and the male in the human psyche, (psyche in Greek means soul, as well as butterfly).  It's clear to me that women don drag every day to take on the world.  They pluck and tuck and tweeze and squeeze into Barbie archetypes to follow the drill of feminine existence in patriarchal cultures.  I marvel at the smart news women on all stations in their Barbie dresses and stiletto heels.  Really?  I'd love to see drag day, where all the anchor men go into hair and make-up for the same effect.  We'd hardly know the difference.

We are souls first, manifested bodies second; yet, we're living in a culture that just focuses on the physical, and even worse, stereotypes the physical so excruciatingly narrowly it has all of us jumping for no good reason.  What if we thought more about the lessons we're here in the physical to learn, in order to continue an infinite journey?

What if, as renowned OBE pioneer, William Buhlman teaches, we need to claim spiritual independence?  How?  By trusting that we're born into the physical equipped with several safety lines to home. I consider all of dream studies a portal to organic spirituality, that includes spontaneous night dreams, lucid dreams and OBEs.

This spontaneous big dream that came to me in college preceded so many unforeseen turns in my spiritual road.  I went from culturally indoctrinated religion to paradigm bending women's spirituality to  exploration of inner space without the blinders of preconceived beliefs.

Why is Mary Howling?  The huge imbalance, injustice and under championed status of women in patriarchies all over this current world, the one that is imploding of its own greed and wrong-heartedness, is causing more and more suffering.  She's mad as hell and won't take it any more.

I'm so grateful that Lara Logan, warrior woman that she is, was able to reclaim her spirit after that horrendous waking horror.   However, this is a hate crime that shrieks of how brutal patriarchal religions are towards women.  Why weren't there women celebrating with the men? Allah wants women behind the scenes; Yahweh's often right there with him.  When will we call a spade a shovel and ban all religions that have only a male divinity?  It's not good for anybody, female or male.  The TAO teaches the yin/yang of existence and the need to achieve balance; it works.  As we exist now, the planet is threatened by the uber-patriarchal stances of warring male egomaniacs.  The definition of insanity is doing the same thing over, expecting different results.

In the end, it was a group of Egyptian women on the sidelines, themselves burritoed, who saved Lara when CBS official protection failed. Her story is breathtaking.  They intervened and folded her into their circle, throwing water at the attackers, mobs of men.  The mob stopped at attacking their own women in a public setting, also, some men sided with the women.  From there, Lara was delivered from her attackers with the aid of soldier intervention, though it was touch and go the whole way.  Her story is remarkable; I hope to hear it personally at the fundraiser.

In my dream, Mary is howling for what happened to her and for what happens to women subjected to patriarchal religious and legal cultural restrictions.  Egypt in 2011 might have been one extreme of the great octopatriarchalpus, but pussy grabbing is our own western manifestation; that and legislation that subjects women to unfair biological demands because it's written into male favoring, women bullying patriarchal pseudo-god dictated codes of social behavior.  As Gloria Steinem once said, "If men could have babies, abortion would be a sacrament."

My Howling Mary tells me that we must stretch our imaginations and our hearts to contain all the damage that force based, rapist ideologies have inflicted over the last 6 millennia on our world cultures.  We need to think outside of what has been considered conventional, not with our heads, as the patriarchy endorses, but with our hearts.  Beware of anyone who doesn't use the heart as a touchstone.

Let's stretch our imaginations to redirect how our waking dream on this planet plays out.  Let's think in spirit form first and recognize how arbitrary rules about female existence subject to male dominance are destroying our planet.  We're in this together.  God is not Father, is not male.  God/dess is Love.

Posted by Adelita Chirino at 6:30 PM