A Toast to Giordano Bruno 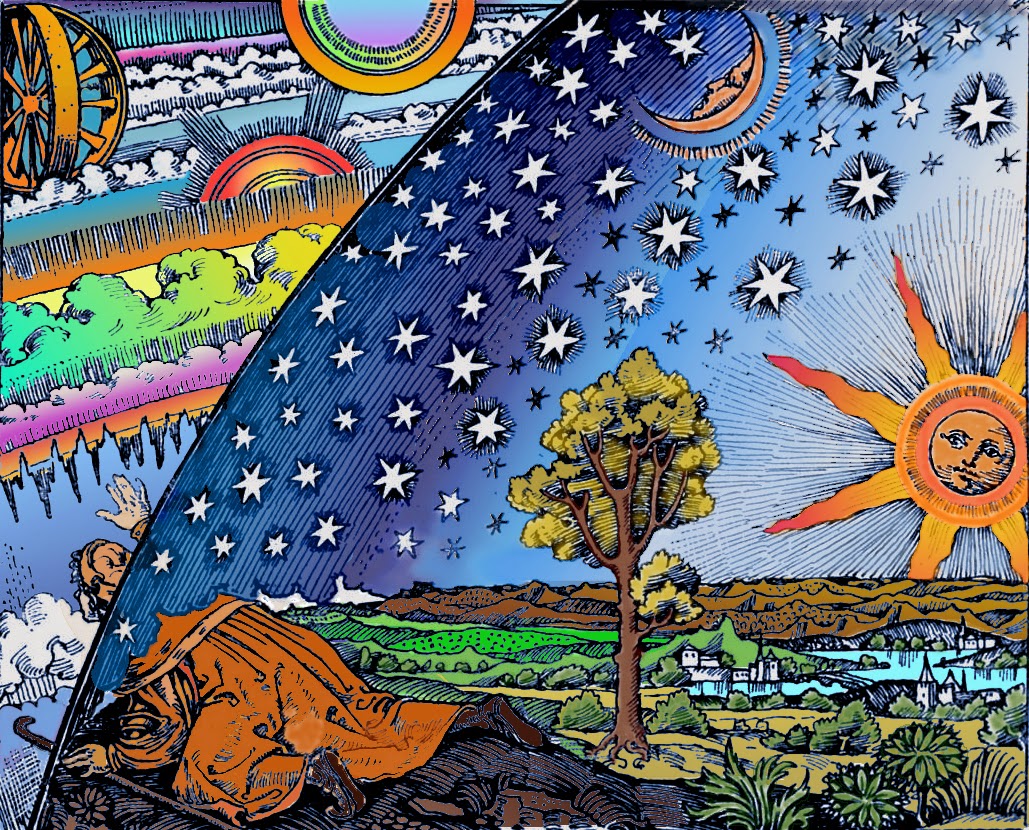 Today is the anniversary of the martyrdom of Renaissance philosopher, Giordano Bruno.  I learned about Brother Bruno, a one time Dominican monk from Naples, Italy who died on this day in the year 1600, watching the pilot episode of "Cosmos: A Spacetime Odyssey" hosted by the very likeable astrophysicist, Neil deGrasse Tyson.  I appreciate the way professionals like Tyson or Brian Greene can make complex studies in physics or cosmology accessible to an interested layperson such as myself, as well as, how good production can make these subjects richly entertaining.

I was delighted by the animated vignette in this episode, “Standing Up in the Milky Way” that introduced me to a philosophical explorer, a contemporary of Nicolaus Copernicus and Galileo Galilei, whose contribution to the understanding of our physical universe was every bit as radical and revealing as that of his famous peers.  Bruno taught that he agreed with Copernicus, the earth was not the center of the universe, it revolved around the sun, but he went much further by proposing that the sun is only one of an infinite number of stars orbited by any number of other planets which perhaps nurture life, as does our sun and earth. But what really made me sit up and take notice was when Tyson explained how Bruno came to his theory of infinite galaxies.

“And then when he was thirty, he had the vision that sealed his fate.  In this dream, he awakened to a world enclosed inside a confining bowl of stars. This was the cosmos of Bruno’s time. He experienced a sickening moment of fear, as if the bottom of everything was falling away beneath his feet.  But he summoned up his courage.”

We watch as the animated Bruno character lifts the curtain and crawls out into a gloriously expanded landscape of the universe.  He extends his arms and takes flight; then we hear the character speak for himself:

“I spread confident wings to space and soared toward the infinite, leaving far behind me what others strained to see from a distance. Here, there was no up.  No down.  No edge.  No center.  I saw that the Sun was just another star.  And the stars were other Suns, each escorted by other Earths like our own. The revelation of this immensity was like falling in love.”

Giordano Bruno, I realized, arrived at his brave heretical view of the cosmos through dreaming, perhaps, very likely, in an out-of-body experience or a lucid dream.  He awoke with that clarity of understanding that such dreams inspire; the experience was more real than anything in the physical dimension and it transformed him completely into an evangelist for a new vision of heaven and earth, one that unfortunately got him tortured and burned as a heretic by the Roman Catholic Church.

Tyson wraps this fascinating segment on Bruno with these words:

“Giordano Bruno had planted the seed.  Ten years after Bruno’s martyrdom, Galileo first looked through a telescope, realizing that Bruno had been right all along—the Milky Way was made of countless stars invisible to the naked eye, and some of those lights in the sky were actually other worlds. Bruno was no scientist.  His vision of the cosmos was a lucky guess, because he had no evidence to support it…”

I did some research with the hope of finding the actual account of Bruno’s dream in his own words and still haven’t found it.  But I did discover that the episode ignited some controversy around Bruno’s story. None of the detractors took exception with Cosmos’ depiction of how Bruno arrived at his paradigm shattering theory of infinite universes; they all agree it was in dreams. They just don’t think the program should have implied he was a martyr for science.  According to several critiques, he was really martyred for denying the truth of certain core Catholic doctrines. And, I guess, that makes a hell of a lot of difference?

“So, was science also the problem with Bruno? Hardly. Bruno was a mystic, arriving at his ideas through dreams. Eventually he saw his dreams as trumping the authority of Scripture, as well as the authority of the Roman Catholic Church, of which he supposedly was a member. Even though the Cosmos episode repeatedly depicted Bruno as believing that he was simply exploring God’s creation, if Bruno even believed that God created the world, Bruno’s god was very different from the God of the Bible. Bruno rejected basic doctrines of Christianity such as the trinity, the Virgin Birth of Jesus, the deity of Jesus, and the Crucifixion and Resurrection of Jesus. And these are just a few of the more jarring problems with Bruno; there are many other problems. Ultimately, it was these heretical ideas that got Bruno into trouble with the Roman Catholic Church. Given that, it was amazing that it took the Roman Catholic Church eight years to execute Bruno. We do not advocate or condone punishing anyone for their beliefs about either religion or science. However, the producers of Cosmos ought to be honest and clear about the reasons why Bruno was condemned rather than making him a poster-child for supposed visionary scientists who disagree with religious authorities.”

I’m deeply sorry that Brother Bruno, because he had the misfortune of living during a tyrannical theocracy, died a horrible and lonely death for ideas, both scientific and spiritual, that were centuries ahead of his time. What is incredibly exciting to me is that the real cutting edge of Bruno’s contribution is barely recognized, even today.  In dreams, we can make discoveries that translate into waking reality; scientific discovery can come of dreaming and be tested in dreaming.

Here’s how William Buhlman explains it in his book, “Adventures Beyond the Body”:

“All of us are interdimensional beings currently focusing our attention upon a single dimension of energy-matter.  Out-of-body and near-death experiences, dreams, altered states of consciousness, even death itself are evidence of our multidimensional nature. Consciously recognizing and personally experiencing our nonphysical nature is a major step in our individual evolution.  Eventually all of us will evolve to the point where we are able to consciously experience and explore the entire universe.  This will occur when our species grows to recognize that we and the universe are the same – multidimensional.

The New Frontier of Science
In the twenty-first century, science will recognize that the answers to the elusive physical mysteries of our existence—the cosmology of the universe, the unseen nature and structure of matter, the evolution of our species, and even the existence of life after death—can be found only by exploring the unseen substructure of the universe. This recognition will be a major evolutionary step of science and a turning point in human evolution. Slowly we will move from being an externally focused, biological species to being an increasingly multidimensional species. This process of change has already begun. Astrophysicists, quantum physicists, and particle physicists are even now conducting extensive experiments that support the concept of a multidimensional universe. This trend will continue throughout the twenty-first century.
Once we begin to explore the interior of the universe, a new age of scientific research and discovery will emerge. Modern science will expand its current observations of matter and reality beyond all current concepts. Science will begin to explore the unseen source of physical energy and matter. As we evolve, we will begin to chart the unseen universe much as astronomers are now charting the visible universe. The exploration of the interior of the universe is a massive endeavor reaching far beyond our current intellectual concepts of time, space, and energy. The exploration of the unseen dimensions is a task that all of us will eventually confront, for it is our birthright and our destiny to explore beyond our primitive biological vehicles and experience the magnificence of our true home within the multidimensional universe.”

It seems to me that Giordano Bruno was a martyr for science, a martyr for individual spiritual authority and a martyr for conscious dreaming.  I take a moment to thank the stars for his life and his work.  I’m very glad he lived so courageously the path his dreams challenged him to live, despite the consequences, and I hope that if he chooses another physical life, it goes a lot easier for him.