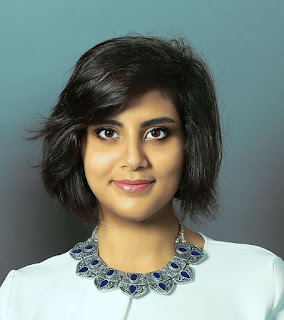 I hear Her in my bones, down to the marrow of my soul when I think of the the courageous Saudi women activists who helped lift the driving ban for their sisters in Saudi Arabia (SA) but despite the change in law now allowing women to drive (but do they?), were detained for a year now without charges.  What's way worse is that there are many accounts of these women being tortured and sexually tormented; do you know that the witch trials of the terrible Inquisition period of patriarchy treated women the same way?

Do you know that women were heckled, beaten, arrested, imprisoned and tortured (force fed,  among other things) for having the audacity to claim the right to vote and even to use contraception to avoid pregnancy in this here US of A just one century ago? Read what Margaret Sanger went through to get the diaphragm legalized or what the many suffragette activists endured, here and in countries around Europe.

Do women in western countries consider themselves safe from this kind of state sanctioned personal control?  Think of Kamala Harris's question; name one law that legislates any part of the male anatomy or his sexual freedom.  Please don't say rape; rape is not a sexual crime.  It's a crime of violence and denigration of women; misogyny on steroids.  Despite western woman's relative freedom; in the US, she's about to be put back in the Father Know's Best box.  If a woman can't choose whether or not to be pregnant, if she can be pregnant and obliged to give birth whether she wants to or not, then she is not an equal citizen with a man in this country or in any country.

Mary is Howling because she is sick of the destruction and needless pain caused by patriarchal bullies around the world.  She is calling all who value the many gifts woman brings with her to the earth and in her partnership with man to stand up and say no more!  No more corruption!  No more belief in false deities that give anyone with a dick a huge advantage over their partner sex turned handmaid.

That Which Is, that which we can come to know experientially over our entire lives through our inner senses and our dreams, is above all kind, above all loving, above all, loves to laugh.  The only sin passion can commit is to be joyless, said Dorothy Sayers, author of the beloved Lord Peter Wimsey detective series.  We are spirit; after we shed this physical bag of bones, it makes no never mind which bag we were wearing.  We are called on to be kind, to be loving and to be joyous regardless of our physical exterior.

I plan to contribute my voice to the cause of Loujain, Iman, Aziza, Samar, Nassima and the other women so unjustly and irreverently treated by the self appointed guardians of their good, the male elite of SA.  I also want to know what officials in our government plan to do to address this unspeakable human rights violation.  I hope you'll join me in dreaming a world were Mary's voice can again be heard singing in joy, not howling in pain.

Posted by Adelita Chirino at 5:14 PM