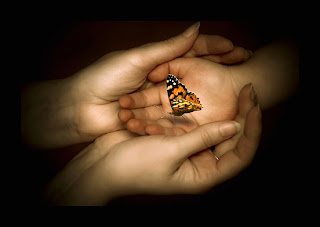 We live in a wonderful age!  I know things seem to be going to hell in a hand -basket, but the amount of revolutionary thinking exploding onto the human screen is exhilarating.   Do we save the planet?  Do we destroy this incomparable biosphere?  I don’t know.  Oh, goddess, I hope not.  But all I can do is evolve.


For so very long my favorite word has been paradigm.  I heard on some intellectual circuits that paradigm is dead and we should use meme instead.  Sorry, I like paradigm.  The word evokes an image of the boundaries I’ve drawn around my reality.  I believe this and this must not be challenged.  Good luck with that.  Paradigms are meant to be re-drawn ; that’s evolution.

Listening to some of our great contemporary spiritual  teachers , I have to count myself lucky.   We are exhorted daily by the media to worry about the economy and about our survival, but these teachers are reminding us that there is much more to our experience on this planet, or in this dimension of reality, than how much money we can make.  What can you take with you, especially if you know for sure that this “life” experience is but a chapter in our book?

What I can take with me is the evolution of my consciousness.  What does it mean to be conscious?  If you haven’t read Eckhart Tolle’s “The Power of Now” and “A New Earth”,  I very highly recommend these as a solid answer to this question.   But just about every mystical or martial teaching around the world is based on this principle; honing awareness on the present moment, something that is aided by focus on the breath, is crucial.  The mind, the drunken monkey as the Buddhists call it, is a detriment to our well-being, our sense of balance.   The Ego, says Tolle, is insane, driven insane by the constant messaging of negative, anxious or fearful thoughts  in the mind.  Being  is more important than Ego, as I like to put it, there’s more to me than meets the I.

Jung, that wonderful old witch doctor, as he called himself, developed a powerful, if a bit esoteric, paradigm for the psyche of a person.  Central to his thinking is that each person must develop an open dialogue between the Ego, the center of consciousness, and the Self, the center of the unconscious.   He held a firm conviction that  our psychic affairs are far more important than our wordly ones, in fact, that when we remain unaware of the transpersonal nature of the unconscious, and so ignore it, we project all our blind beliefs into the world and create the mess we find ourselves in.  So, as he put it, “The world hangs by a thread, and that thread is the psyche of man.” (If he were writing today, I'm sure he'd use more inclusive language.)

What  excites me so very much is that by connecting us with the multi-dimensional experiences of the unconscious, dreaming teaches us to be more conscious  in our waking life.  A dream practice is a very royal road to expanded consciousness.

Projection is an unconscious need we fulfill.  I feel unlovely or, a man might feel unmanly, so I fall in “love” with someone other than my husband/wife,  (without deep love and respect, familiarity often breeds contempt)  and have a torrid affair.  Long story short, it all blows up into a frightful relational mess, until I examine my own story, my waking life, and ask, “What part of fulfilling this story did I play?” If we pay attention, our dreams will tell us in no uncertain terms, but in a way that inspires us to move forward, not wallow in shame or guilt.  Collective projections are probably the scariest: mobs, fans, religious fanaticisms of all sorts.  These lead to blood shed that leaves us reeling, but as that old joke says, “In an avalanche, no one snowflake feels responsible.”

Withdrawing projection, individual and collective,  is a huge psychological accomplishment. Taking responsibility for my own life story, how it plays out and accepting its outcome as A-okay, that’s the summit of individuation.  It’s enlightenment.   It’s a step-by-step, day-by-day process; there’s no arriving at enlightenment, there’s only the immediate living of it.  Being, not Ego. must drive the bus.  Or, since the Ego, to feel strong must feel in control, I entertain the metaphor that the Ego is the chauffer of my limo, but the Self, sipping champagne in the back seat, is the one who says where we’re going.

Withdrawing projections isn’t all that complicated.  I like to remind myself of Gandalf’s final words to Bilbo in “The Hobbit”, when puffed up with the success of his adventures, Bilbo gives his opinions on the prophecies.  Gandalf says to him:
“Surely you don't disbelieve the prophecies, because you had a hand in bringing them about yourself? You don't really suppose, do you, that all your adventures and escapes were managed by mere luck, just for your sole benefit? You are a very fine person, Mr. Baggins, and I am very fond of you, but you are only quite a little fellow in a wide world after all.”

To me this means, I’m part of this human story, but I’m not the whole story.  You who are other than me, have your own part to play in this story.  If our paths cross and we partner for our mutual good, let it always be in mutual respect and affection. If we don't see "I to I", then let us give each other the space to evolve as our personal timing dictates.

When people get very angry at each other, especially people who’ve previously “loved” one another, maybe married, they project like gangbusters all their hurt and disappointment on to each other. ET (Eckhart Tolle) explains this as each person projecting their own pain body on to another or others, because this also happens on a collective level in mob insanity, violence and war.  Tolle believes that we are at a watershed moment; however, that humanity is taking great leaps in the expansion of consciousness, self-awareness and withdrawal of projection.  He believes it’s happening because, as Jung predicted, if we don’t evolve into a non-egoic paradigm, we’ll bring the whole house of cards of material form down with us.  So, owning one’s own shadow is a major accomplishment on the road to individuation, and withdrawing the negative projections we have is one task in integrating the shadow and creating a better world.

To echo ET again, some things are very hard to grasp in words and with our left brains, but we project on to others because it fulfills an unconscious need, one we have never acknowledged to ourselves.  The only way we can catch projection is when we shine the light of consciousness, the Observer, not the Ego, on to our behaviors and life situations. Of course, dreams open the doors to the rooms we must air; they present us with the images and clues we need to trace our way home.

I find this topic fascinating and tracing my own shadow through my thoughts, words, deeds and dreams extremely rewarding.  It’s not “patrolling” for negative behavior.  The shadow is not necessarily bad or dark, certainly not evil.  It’s the repressed, rejected or too painful to deal with bits of our personal history along with all our karmic stuff. Befriending a shadow aspect can bring great rewards.

The Ego projects. The Self observes, recognizes and balances the Ego.  The Ego needs a story, the drama, and often feels life-threatened.  The Self knows its own divinity, its own immortality, something the Ego must fathom in order to be strong. Dreams give us the resources, the counsel and guidance we need to achieve this breakthrough; and once enough of us do, we can dream a new dream collectively with the power to save our planet for future generations of divine little fellows, like each of us is.

Posted by Adelita Chirino at 9:26 AM 8 comments: