As Within So Without


I think we're living in a time of extreme paradigm shifts, cursed and blessed with fantastic changes.  On one hand, quantum mechanics is stretching prior scientific theories of physical reality in mind-boggling directions.  I really can’t listen to guys like Brian Greene while I’m driving, though I love to other times, because I might find myself driving off the road in wonderment.  What I most love about all the theories I’m hearing from Greene and others in his field is the many parallels I can draw to dreaming and dreaming reality.

From my own dreaming, lucid dreams and OBE experiences, inner space has many dimensions, but perhaps it’s not inner space at all, but the back door of physical reality that opens on to a Greater Reality, True Consciousness, The Collective Unconscious, Space, the Universe, That Which Is?  I frankly don’t know what to call it.  But once dreaming becomes a practice, paradigms suffer a seismic shift.

For one, anything is possible.  You can fly.  You can outsmart the ax murderer.  You can have your prince and….well, some things are better left to the imagination.  Dream barriers are bridgeable; the world of form is only one world, but the dream worlds play by different rules.  Paradigm shift?  Definitely.

Another paradigm shifter is Eckhart Tolle, ET.  The ego is insane?  I love it.  I think, the ego should be the chauffer, not the driver.  The owner of the limo is the SELF; the ego is only the driver, though of vital importance.   According to ET, an ego in control is dangerous; a New Earth will come into being when we all learn to shift our paradigms from bug on the rug egos to cosmic awareness of our own eternity.

Even though these times are trying, they are definitely among the most interesting and worth while of times to live for seekers.  May your best dreams come true.
Posted by Adelita Chirino at 6:02 PM 6 comments: 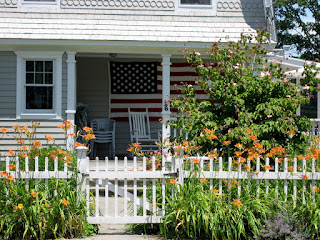 A lot of national holidays around the world have to do with war.  The 4th of July, 1776 is when our country declared independence from its colonial overlord, England.  We celebrate it as our nation's birthday, though it took another seven years of bloody battle to seal the deal.

So what’s independence to you?  Freedom from tyranny?  The right to do what you want, within certain legislated limits?  The pursuit of happiness?

Jim just finished reading his third John Burdett crime mystery in a row,  “The Godfather of Kathmandu” set in Thailand. He told me about the detective of the series, Sonshai Jitpleecheep, a practitioner of Buddhist teaching, who views American obsession with “the pursuit of happiness” to be a great national psychosis preserved in our cultural meme in the Declaration of Independence,

Thanks to that ever-helpful cyber-encyclopedia, Wikipedia, I can share the exact phrase Sonshai is talking about:

‘We hold these truths to be self-evident, that all men are created equal, that they are endowed by their creator with certain inalienable Rights, that among these are Life, Liberty and the pursuit of Happiness.’”

As political documents go, it does sound inspired.  But in my understanding of Buddhist teachings, happiness is as much an illusion as suffering is, so that’s why the pursuit of it is crazy.  If I’m happy or sad, it’s on the level of my Ego consciousness, not my Eternal consciousness that exists now and forever, outside of time.  There is only the Present; life is to be experienced as fully and consciously as possible in the Now.  That doesn’t mean lots of possessions, drugs, sex and rock and roll, necessarily.  It means always being aware of my own truth and opening my heart to living what is, not what I wish it might be.  Time is a mental construct, convenient for some things in the material world, but reality is only in the present moment, so to live in the past or the future is to spin one’s wheels.  Of course, to live fully means also to be alive in my dreams, or else I’m missing out on an entire aspect of my existence on this planet, my link to Home.

So here’s to independence, not just from political tyranny, but from limiting beliefs and self-imposed limitations, Blake’s mind-forged manacles.  Here’s to freedom from fear and hate; here’s to life.

I'm posting this video of Jim playing our national anthem in honor of those who for love or duty are serving in the US military branches on this celebration of our nation's birthday.

Posted by Adelita Chirino at 8:40 AM 3 comments: