Hope for the Future: a Dreaming Society 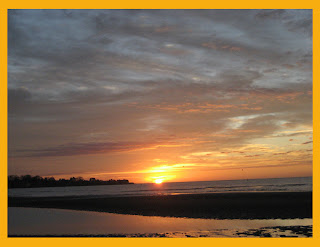 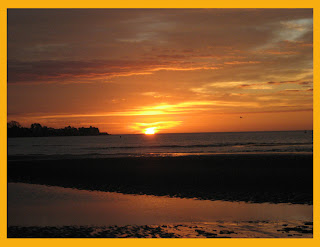 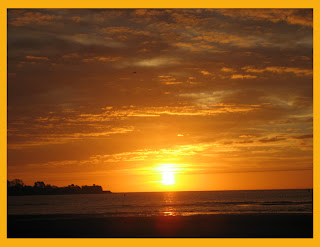 What a wonderful year of learning this has been. My adventures in the dream world have taken on more dimensions, literally. Lucid dreaming and OBE experiences have heightened my passion for dreaming as a daily practice, as if I needed more reason to love my time in the dream worlds. I promise to keep sharing anything I find out that might prove valuable to you, too.

I want to comment about the year that’s dawning because it’s accompanied by mythical apocalyptic doomsday fame, even for people who aren’t practicing Mayans. Why is it so much easier to imagine the gods doing away with us than helping us? Why do so many religious paradigms consider a terrible, gruesome end to this beautiful world the only way out? Why does their deity deem this a fitting punishment for the wicked creatures He supposedly loves? I think we risk creating self-fulfilling prophecy scenarios when we adopt doomsday religions or beliefs.

So, at the dawning of this auspicious new year, the year of the Black Water Dragon in Chinese astrology, I propose that we set our intention on realizing our best dreams and that we view whatever crisis we might face as an opportunity to make beneficial changes.
And most of all, let’s set our expectations on good things happening; let’s collectively dream the future we want into being.

Many authors and teachers I admire share the opinion that we’re experiencing a spiritual revolution, a revolution in human consciousness. Perhaps the next evolutionary shift for humankind is not about technology but about paradigm: who are we, where do we come from and where are we going? In such a climate, inner exploration and personal change can manifest as positive ripples in our communal circles. We can each make a difference, even if it’s just by changing ourselves, expanding our own awareness. Of course, to me, dreaming is each individual’s portal to self-awareness and personal development.

Recently, I had an ultra-vivid dream that I wake up, get out of bed and head down the hall to the bathroom. I see through the bathroom window at the end of the hall a spectacular morning sky. I’m filled with excitement and know that I want to be down at the beach with my camera. I decide to get dressed and leave Jim a note telling him where I am. As I’m writing the note, I wake up again, this time into actual waking time and realize I’m still in bed and it’s raining outside.

When I woke up the morning of November 28th, just before dawn, the memory of this dream guided me to the beach, allowing me to honor it with these pictures.

I wish everyone continued adventures, insight, entertainment and blessings in both the dream and waking worlds throughout 2012.
Posted by Adelita Chirino at 11:27 AM 4 comments: 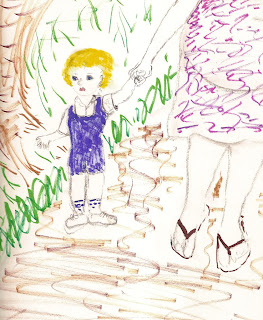 Recently I met a lovely new friend who is awaiting the birth of her first child, a son. We talked about names and she mentioned she was considering Samuel, but didn't like the nickname, Sam. A dream from March of 2006 snapped into my consciousness. Today I searched and found it. I also found a previous dream incarnation of my little boy in this drawing, a blond version, but otherwise, much the same.

I'm sharing it as a gift to her and with you because it illustrates well what I mean when I say that my spirituality is fed by my dreaming.

A friend of mine has a baby, but she doesn’t want to or can’t keep him, so she gives him to me.

I get him at party. I learn his name is Sam, a name I wonder at, Do I like calling my son Sam? Who named him? At the time I’m introduced to my son at this party, he’s about 2, but he could be younger.

The woman who raised him until this age took care of him very well. Now, at this party, I’m introduced to him and my new role as his mother. I’m in awe of just how beautiful he is. He has large dark eyes and beautiful wavy brown hair. He’s wearing a short set with a short sleeve shirt; I instantly fall in love with him and accept the responsibility.

He’s playing with other children as I’m talking to a woman about becoming a mother; I can’t remember his name. I ask someone and they say; it’s Sam isn’t it? I wonder who named him and if I have to keep the name. I’m talking to Sam and I ask him; do you like your name? Is there another name you’d like more? He says he likes Sam but he would also like a name that means “ONE WHO LOVES’ I’m amazed at this and feel very blessed that this is my child.

Then I’ve left the party, talking to a friend. All of a sudden I remember that I forgot Sam and left him at the party, I know that it’s a group of good friends that I know are taking care of him, after all, it’s where I got him, but I go rushing back to get him. I feel badly that he’s a little chilled, not feeling well and hungry. I cuddle him and carry him home and realize that I’m going to have to get used to being a mother.

I wake up feeling joy, sure that this dream is a gift and recognizing my little boy from other dreams.

The next day, Jim tells me that he Googled for the meaning of “Samuel” and it means “I Am God”. My knees went weak and a big smile spread all over my face. I met “I Am God” who doesn’t mind being called “One Who Loves” either.

This seems like a fitting Christmas story, too.
Posted by Adelita Chirino at 1:05 PM 2 comments: 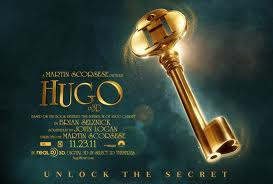 I don’t know if Martin Scorsese is interested in dreams in particular, but one of the things I enjoyed most about his fabulous new movie is the key part dreams and dreaming played in it. Treading carefully to avoid a spoiler moment for anyone, I’ll try to explain why.

First, there is a marvelous focus on the history of cinema. Sir Ben Kingsley is stunning in the role of one of the early great artists in the field, Georges Melies, who used the inspiration of dreams for his images and film plots, at least this is the picture Scorsese paints of him. Seeing excerpts of his actual films in Hugo, it’s easy to believe that it's the case. Besides Melies’ work, it’s wonderful to watch classic clips of original old footage of the great silent movies and stars from the cinema’s nascent days. All this great film history is woven into the main story of a little orphaned, abandoned boy and the young, orphaned, adopted girl who befriends him.

But the icing on the cake for me comes in the dream sequence, Hugo's dream, that leads to the climax of the movie. Bravo, Martin! Whether you meant to or not, in my opinion, you got it right. Plus, it was absolutely fabulous cinematography, everything!

The 3D did give the movie more of a “magical” surreal and, yes, even dreamlike quality, but I’m still annoyed by it at times. As Jim puts it, “Even with the glasses, some things are still slightly out of focus so your eyes have to work to adjust.” My eyes were strained after 2 plus hours of it. I don't think the technology is there yet, so it doesn’t add enough viewer value to justify the expense or the wear and tear on my vision.

I wish I could talk more about Hugo’s dream, but there’s no way I want to lessen the impact or the pleasure of the experience for you. I recommend the movie. I think it has its corny moments, but the acting was superb all of the time. There was drama, humor, tragedy, love and redemption; most of all there was the heart, courage, imagination and curiosity of two children, Hugo Cabret and Isabelle. Both roles were superbly played by Asa Butterfield as Hugo Cabret and Chloe Grace Moretz as Isabelle.

When the movie has been around a while; I’ll probably write about Hugo’s dream more specifically. I'm interested to hear what you think of it, if you see the movie.
Posted by Adelita Chirino at 6:08 PM 2 comments: