I take this opportunity to celebrate my dad, mi papi, and also dads everywhere around the globe who love their children fiercely and participate in their lives joyfully.

My dad crossed over more than two decades ago, but thanks to my dreams, he remains close. On this side of the veil, my dad was my best friend. Since I was little, he spent as much time with me as he did with my older brother. He took me with them fishing and taught me, patiently, to bait my own hook. From dreaming, I know he's still got my back. He often reassures me just when I need it most and always reminds me of his love for me. Father’s day coincides with papi’s birthday by a few days, so his energy is extra strong around this time.

I met a lovely scholarly gentleman, a bit older than me, who was sitting near me at a conference the other day. When we were asked to pair up for discussion to share stories about how we experienced nature growing up, many of my stories involved my dad, how he took me fishing, taught me to ride a bike, throw and catch a baseball and solve geometry formulas from scratch so when I took the Regents exams, I wouldn't have to worry about forgetting one while doing a problem.  I got 100% on my geometry Regents, though it's a skill I haven't maintained. My new friend was very surprised that growing up in the 50s and 60s, I enjoyed such liberty as a girl.  Thanks, dad.

Papi loved to joke with people, he was always gentle and kind.  If he got angry, he didn't lash out.  My brother and I respected him and were happy to please him.  As a young adult, he let me make my decisions, even when he knew I might be mistaken.  I loved talking to him and, though we didn't agree in some things, he was very accepting of our differences.

Of course, Dad sent a dream this anniversary as well; I'm knee-deep in pondering.  It's a wonderful consolation to know that Love bridges the Great Divide.  My dear friend Mally enjoys the same dreaming relationship with her departed father, as do many dreamers. It's not unusual or "woo-woo;" it's available to anyone who explores the dream terrains.  Robert Moss, creator of Active Dreaming, has written extensively about dreaming as a practice for dying and a bridge to our departed.

On this national Father's Day I want to applaud any and every man who loves children unconditionally, who guides them wisely and with compassion.  It's a great gift to have a father like I do; I wish everyone the same blessing. The song,  "Oh, My Papa"  has always evoked what I feel for my dad. In one dream of years ago, I'm walking the beach singing it full-heart throttle; this image brings me utter joy.

Thank you, Octavio I. Chirino, for being my papi.

Posted by Adelita Chirino at 7:44 AM 2 comments: 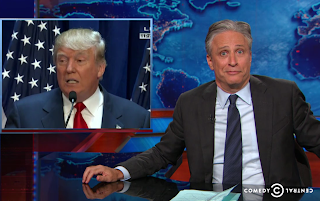 Most of us have grown up hearing about and dreaming the American Dream, a phrase that I find worth pondering.   Just this week, Donald Trump’s racist and derisive speech, made as his bid for the POTUS spot on the Republican ticket, brought the American Dream mythos front and center to my mind.

My favorite comedians and news pundits think it’s too funny for words.  Jon Stewart thanked DT for making the last 6 wks of his Daily Show career the best.  So ludicrous do many find his remarks, that they are just making jokes. Though I love laughing at the absurdity of these extremist thoughts, I find Trump's remarks chilling to the bone.

The question I have to ask myself is, how many people think that being rich means you’re successful, smart and worth listening to?  Blaming is a knee-jerk, primitive impulse that we lose when we live valuing Love above all, including more than money.  Losing this perspective about living from the heart can cost us dearly; that's the example of Hitler and the German people who put him in power.

In his ludicrous speech, Trump devoted as much time to bragging about his many financial assets as he did to spreading hateful lies about an entire ethnic population.  What's worse is that he's appealing to our collective projections of what it is to achieve the American Dream!  Blaming an entire people for our ills, projecting our Shadow and Devils on a group we perceive as a less deserving group, where have we seen that before and what was the outcome? We each have a choice to make about whether we'll own our shadow or cruelly project it on to others.

Trumps sneering, balls-out, slanderous attack on Mexicans is not fact; it's his own bigoted, hateful and extremely not what Jesus would do, manipulative distortion of our neighbors and fellow human beings.  What if he said those things about Canadians?  Mexicans, by the way, enjoyed their culture and didn't have a lawless society until US drug prohibition created a criminal class that in Mexico and across South America, turned into a hideous Vampire economy, the Cartels.  The drug war is draining the blood, literally, from their culture and America bears a great responsibility in this.  I recommend a wonderful book, "Chasing the Scream: The First and Last Days of the War on Drugs."  We need to look for mutual and respectful solutions to our shared modern ills; blaming, hating and that old chestnut, brutal force,  are very dangerous roads to follow.

Listening to Trump, he seems soul-less; someone who, counting his gold, has forgotten to count his days.  Has he ever heard that quaint old saying; “you can’t take it with you?”  Is this the reason for this outrageous megalomaniacal bid for world power; because he sees nothing beyond the grave he might need to figure in to his accounts?  Does this man have any spiritual awareness?  Even if he goes to a church and is a big contributor, religion and spirituality are not the same.

A soul-less person is dangerous and should never be entrusted with the power of office, with our national well-being, physical and spiritual. Trump’s saber rattling is not entirely funny to me.  If as a collective, we sink to his level, if we value money more than what we have that can't be bought with money, if we don’t know that we’re spiritual beings, hence non-physical beings, ultimately, having a physical experience, we may throw our lot in with those who weave a false dream, and elect a hateful bigot.  There are others who share the ambition and soap box with Trump who also have unsettling agendas cloaked in virtue and religiosity. They're candidates who unabashedly claim authority in religion, but our first leaders, who created the foundation of our democratic republic, did all they could to draft a governing model that safeguards against the very real dangers of theocratic government.

What is the American dream?  What should it be?  I dream of a culture who knows the value of Spiritual Love and Mutual Respect and allows each of us to live our soul purpose, to receive and contribute our best dreams in our own time and place.  A culture that knows there is something like a web that unites us all, a web of what ultimately Is, regardless of our own misguided efforts to Name it. That web unites every being on this planet, animal (which includes us) vegetable and mineral.

Anyone who wants to lead me into maligning the Other, making me into a negative, bullying, blaming and hating person is anathema to me, to my soul.  It’s easy to recognize a person who only values money and who has very little heart/soul.  What would Jesus do?  Hate?  Not likely.

So, if America makes this man, or anyone projecting our problems and evils on any group, president, what does it say about us?  The Good News is that there’s time to make sure that doesn’t happen.  I dream of a post election 2016 where Americans chose leaders who can help them, the citizenry, the body politic, to create a tolerant, heart-centered, creative, imaginative, laughing and dreaming culture, a culture of joy and possibility.  This will be the American Dream; we will pioneer uniting the worlds of Dreaming.  We will be leaders in this New Spiritual Age, the Consciousness revolution. We’ll abandon hatred and embrace love.  We'll once again walk on the Moon.

The world is as we dream it.