The Dream Connection and the Pope 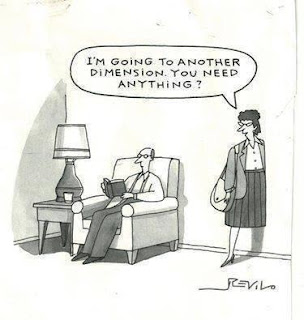 This may be a bit David and Goliath of me, but I'd like to challenge the need for institu-tionalized religion. I'd like to propose that modern day "religions" do much more harm than good; they divide us from one another and fail to deliver on all the Good they claim for themselves.  I'd like to suggest that we each enter this world connected to our Spiritual Source and will exit this world to reunite with the same Loving Source; even as we reside in the physical body, in a physical world, we are spiritual beings living our unique purpose.  The burgeoning exploration of near death experiences, NDE's, out of body experiences, OBE's, and dreaming in general is opening the gates to direct spiritual experience for everyone, not just the chosen prophets of the status quo.

The organic spirituality dreaming offers is like having a spiritual compass through life helping to connect us on a regular basis with inner resources, as it provides us with personalized guides, teachers and angels, messengers of the wisdom beyond embodied reality that delivers us from the trials of waking life, big and small.  We can also gain freedom from judging ourselves by the standards of the physical world only, because we have other experiences to cultivate in other realities that often more than compensate for lack on this plane.  We’ve been brainwashed to believe the physical is the only solid, real reality. Despite a century of exciting developments in the fields of Physics, Consciousness Studies and Dream Studies, a great number of people ignore the dream portals to other worlds that are being offered them on a regular basis.

We've been taught, conventionally, to rely for spiritual nourishment on external reality based religions that give prescribed outlines of dimensions beyond the physical and demand consensus on the grounds of an elite, usually male, group of authorities who alone can decipher what even older all male authorities wrote about the Divine. I'm mostly talking about the big three, Judaism, Christianity and Islam.  Perhaps some accept constricting religions as our only spiritual option for lack of alternative. These limiting religions, especially as absorbed through the mind of a child, which is when most of us get brainwashed into them, operate on a deeply suggestive psychic level to imprint on us the dire consequences of disbelieving their dogma.  They utilize a simplistic and dualistic punishment and reward system, commonly known as hell and heaven to instill fear and obedience to their projection of the Divine. Yes, they profess that at the core of their teachings is the ultimate reality of Love, but by their deeds, as Jesus put it, you shall know them.  These patriarchal religions have a track record of deeds that belie their preaching of Love, from present warring zealotry in the Middle East to horrendous historical events like the Roman Catholic Inquisition, when claiming any direct revelation from dreams could get you barbecued.

The myths that these for-profit organizations perpetuate can be truly detrimental to the human spirit, especially if you're a woman.  The myths begin by saying that once we were loved and provided for in a wonderful place, but something happened, so we got kicked out.  Humans DISOBEYED and worse, it was HER fault, the woman’s.  The serpent, EVIL, outsmarted her cute little self and she used her wiles to get the smart one, THE MAN, to do what he otherwise would surely not have done.  The rest, most believe, is HIS-STORY.  SHE must be constricted, especially sexually, so she doesn’t again undo all HIS progress,  SHE, whether in human body or as EARTH can also be abused and used, because SHE is but MAN’S servant.  HE AND GOD are on the same level; they are the PATRIARCHS.  The GODDESS is no longer anywhere to be seen, at least not in the CIVILIZED world; yet, since the beginning of human history, archeologists have discovered, the Divine was worshipped as the GREAT MOTHER.

Surely most people can see that religion, at least as much as money, is the root of our accelerating self-destruction.  The great mystic poet, William Blake described our mental chains, our unexamined, constricting paradigms as "mind forged manacles." These patriarchal myths, with different players, are in dangerous and violent competition for supremacy around the world.  If people adhere to these limiting myths for lack of a real alternative, one that satisfies, informs and inspires beyond that old time religion, then the world is ready for the alternative - individual, direct experience of the divine.

There are many roads to these direct experiences being explored by a growing number of people, all over the world, through the contemporary Consciousness Movement   My portal of choice is dreaming because it's effortless, natural and organic.  It doesn’t require much of me; all I need is to want to dream, want to remember and to pay attention.  Sharing and playing with dreaming in family groups and community groups can nourish our need for human connection and help us build a better future together.  Through individual and group dream explorations, we arrive at our own certainty, we gain our own authority over our spiritual lives.  For me, dreaming provides access to my spiritual home long before I finally go there; death does lose its sting.  It’s taught me that in thought responsive, non-physical worlds of dreaming, it’s all up to me.  I create my inner world with my intention, desire and imagination, yet in these worlds, I meet others who share similar visions and we create together.

Dreaming has also taught me that “as there, so here.”  The mirror lessons from the dreaming that apply to physical reality are the gifts we receive to carry into our waking lives.  If I can create my dream realities, how much of my waking reality can I create?  If I can conquer my fears in the dreamworlds, can I conquer them in waking?

Rather than disconnecting us from what’s important and turning us into “dreamers” as is sometimes said with disdain, connecting through our dreaming to our eternal, non-physical self and exploring the resources available to us in those dimensions can anchor us in our authentic lives, despite the “peer pressure” of social consensus.  In waking life, connecting through meditation, mindfulness, open-hearted living are ways to keep spiritual portals open; when we sleep, it can be effortless.

In the frilly aftermath of Saint, I mean, Pope Francis’s whirlwind visit to our land, I heard the fluttering comments about his awesome Presence here. I have nothing against him personally; he seems like a truly sincere and nice guy, but as a Pope, he’s doing the RC Church a great service by gaining so much popularity. Talk is cheap and the fact that he rides by papal Fiat is not the point, or perhaps, on a PR level, it is.  The Vatican alone is a vast empire of wealth and power with deep corruption issues; does he really wield any influence there?  Could he be, perhaps quite unwittingly, the misogynist and power hungry RC church’s best media foot forward?  This is the church of the outrageous child sexual abuse scandals that are still current in the courts and the just as outrageous cover-ups by Church authorities.  This is the church that continues, the only one out of just about all others in “Christendom,” to deny women equal access with men to clerical office, and it’s proud of it!  So, how about that papal fiat to reform all this; will he do it?  Can he do it?  I don't know; but the fact that he just canonized J. Serra, despite all the impassioned pleas for him to consider the man's brutal acts towards the indigenous peoples he savagely forced to build his missions is not a good sign.

Here’s a wonderful article on papa’s visit by Maureen Dowd in the NYTimes; well worth reading!  In it, I learned that a San Francisco priest was just officially forbidden to say mass, for attending a women's conference on ordination.  This outrageous censure of true pastoral outreach happened under Francis's watch, NOW.  What's changed? For those who might think that women's ordination is a marginal issue, here's a view to consider.


Without the Feminine Divine to balance the Male Deity, the psyche of humanity is completely out of balance.  As Carl Jung famously put it, the fate of humanity hangs on a single thread and that thread is the Human Psyche, the soul of humanity, which is dangerously out of balance.  Restoring that inner-world balance of Feminine/Masculine Divine is the only way to restore outer balance; an internal mythic world where God is Male alone means an external world that reflects this.  But, the Feminine Divine is an energy source just as powerful; to deny Her is to bring on our own destruction.

A dream connection is more important than a pope or a religion.  Organized religions need people to close their minds to other possibilities; dreaming perpetually opens new frontiers with first-hand adventures. One time, when my husband and I attended a friend's religious themed Halloween party as Death (me) and the Devil (he), someone in clerical garb asked us about the religious connection of our costumes,   My mate promptly replied, "Without us, you'd be out of business."  It's much easier to move beyond fear in the actual practice of dreaming than it is in the tomes and regulations of sects, cults and religions.  Organized religion feeds on fear of death and projects evil outward. Our own dream encounters over a lifetime with all aspects of Spirit, helps us weave the personal connections with divinity that makes us strong and helps us not to be afraid.

Religions give us a prefab God with lots of restrictions; one of my favorite jokes is that religions are all guilt with different holidays.  Relying on my own innate ability to connect with Spirit gives me the confidence to know that whatever my strengths or frailties, my successes or failures, I'm essentially a spiritual, whole being, experiencing this physical existence willingly for a purpose.  As long as I stay connected to my own experience in waking and dreaming, I'm free of the fears which make me vulnerable to psychic manipulation.

I'll end with one of my favorite quotes from a great dream explorer, Carl G. Jung:


“The dream is the small hidden door in the deepest and most intimate sanctum of the soul, which opens to that primeval cosmic night that was soul long before there was conscious ego and will be soul far beyond what a conscious ego could ever reach.”

Posted by Adelita Chirino at 5:15 PM