Fly Free; You Are Forever 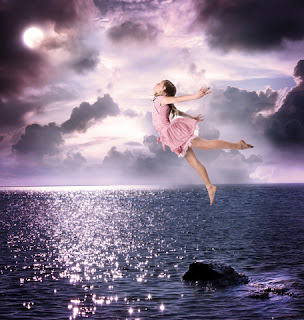 In the aftermath of the waking dream that has many of us stunned, saddened and fearful, it's hard to find that silver lining.  Many of us in the consciousness/spirituality movement feel it's very important to stay positive, because despair leads to emotional catatonia, which literally gets us nowhere.

In my last post, I mentioned how one of the things that seems apparent is that we won't have a leader to turn to, so we'll need to do it ourselves, for each other and with each other.  Do what?  Make sure Love trumps hate.

Obviously that won't be easy, but the hard things seldom are.  For myself, I'm choosing the areas I most want to champion and commit my energy there, while supporting others in their endeavors to move human consciousness beyond the stagnant mental swamp of this dying patriarchal system and its death generating values.

For me, the women's movement has received a huge wake up call; too many women, white women it seems, voted for a misogynist and put their own civil liberties, their daughters' and their grand daughters in jeopardy.  Why?  Brainwashed, that's why.

That's the title song by George Harrison on his posthumously released album:

Patriarchy is a 5-6 thousand year old paradigm that has forced humanity into this perilous period of self-destruction.  It takes many forms on the planet, physically, monarchies that are inherited or hierarchical legislative structures that are to various degrees elected, but psychologically it takes one common form.  God is male, so the male is the only suitable representative of his rule in the physical. This belief is manifest to varying degrees of severity, depending on where in the world we find ourselves.  But very few societies extant give equal voice to the Feminine Divine.  This denial of half of who we are, within and without, has created the dark paradigm, the collective dream, we're living on this physical plane.  I spoke about this in my Mother's Day Homily a few years ago in more detail.

The good news, as I've mentioned before, is that we humans have been here much longer than the patriarchal age and have experienced peaceful coexistence and egalitarian organization of societies. The myth of it's always been like this is part of the patriarchal, apocalyptic narrative.  Are the myths of Eden hinted at in this bleak story echoes of the paradise we indeed lost when god was not the war tyrant father and all that was life was the Mother?

The challenge of the times we're in is doable; it depends on one person at a time learning to free herself/himself from the mind-forged manacles that make us conform to values that are religious rather than spiritual, exclusive rather than holistic.  The choice isn't religion or atheism; it's dogma versus experience. The realm of God/goddess is within and the path is always open to us, especially through our dreaming.  Paying attention to our dreams, our organic spirituality, can free us from the religious strictures and lies that cloud our judgments and harden our hearts with fear.

We are forever because we're spiritual beings in this present physical existence.  We've been here before and we've been elsewhere in the multi-universe, as well.  We don't have to earn our way into heaven because heaven is inside us - as is hell, if we choose it.

The question for each of us is, why am I here now?  What do I need to learn and what am I here to contribute?

A world out of whack is a world of imbalance; many teachers in the consciousness/spirituality movements of today believe that the Feminine Divine must be returned to equal status with the Male Deity that's been Ramboing us to perdition these past several millennia. The influence of the Feminine is key to achieving balance; the goddesses that all our earth centered ancestors revered informed our moral codes very differently.  Goddess respecting cultures embodied a very different paradigm, a very different consensus reality.

We need to melt down this hateful paradigm that's imprisoned the human imagination for so long and fly free.  Patriarchal religions control through fear and coercion, just like patriarchal governments or patriarchal family structures.  But no one can control our inner freedom.

The spiritual movement of this dark patriarchal age is brighter than it has ever been, thanks to so much passionate research and writing in the last century.  Material science and metaphysical science are partners in the current conversation on what constitutes "reality."  We can take heart in that.

There is no doubt in my mind that as Jesus put it, you can't put new wine into old skins; the new skin we need to grow, to rebirth, regenerate and renew our existence on this planet is a psychic one.  We need to act as if our spiritual being is just as important as the ego being of our waking reality. It's not either/or, it's both/and, especially when the shit hits the fan.  We need to examine our beliefs, where and how we got them and whether they serve our deepest values.  We need to tune into our dream lives because that's where we find the help we need, custom tailored to our own soul, not mass produced, mass distributed and controlled by patriarchs for their own profit.

As Robert Moss teaches; "We are born to fly, and in dreams we discover that the soul has wings."

Posted by Adelita Chirino at 8:26 AM