A Paradigm Shift: Revolution from Within 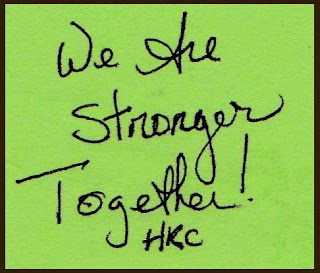 British writer, Tobias Stone, looks at the Brexit and Trump phenomena and, based on what he believes is our innate self-destructive human behavior, predicts another huge blood bath, the trademark of patriarchal history. And who knows, Tobias muses, like at other moments of historical horrors, we resilient little devils recover and seem to do even better, (like cockroaches?).

Stone's analysis assumes that the written "his-story" of patriarchy, a mere 6 or 7 thousand year old social structure, defines who we are as humans.  Scientific findings place humans many thousands of years earlier, based on amazing artifacts like 32,000 year old cave paintings.  "Anthropological evidence suggests that most prehistoric hunter-gatherer societies were relatively egalitarian, and that patriarchal social structures did not develop until many years after the end of the Pleistocene era, following social and technological developments such as agriculture and domestication." Wiki

The stunning fact is that humanity was not always warlike, violent and aggressive, not even the males.  Women and men shared communal power and responsibilities; most ancient ritual artifacts uncovered by archeology point to a Feminine Divine.   There was a time when hate didn't prevail or triumph, there was a time when women and men cared for each other and for young and old alike.  The patriarchal myth that human beings are naturally violent, vengeful and cold-blooded is recent. We can't look at what records remain through the lens of a false paradigm because all we'll see are our own projections, like cave men dragging cave women by the hair.  For a stunning narrative of human history and how having a bigger picture (paradigm) might help us create a better future read, Riane Eisler's book, "The Chalice and the Blade: Our Past, Our Future."

The revolutionary challenge is to think differently, quite literally outside the box, in the circle.  It's not the polemic way of thinking patriarchal paradigms teach, either this or that, yes or no, right or wrong. Patriarchal thinking is based on absolutes, on power-over models of domination, on might makes right and on righteous, extreme violence in the name of sating the Father's wrath. In Dr. Eisler's words, “In sum, the struggle for our future is . . . the struggle between those who cling to patterns of domination and those working for a more equitable partnership world." I'm not surprised that Hillary Clinton's slogan is "We are stronger together" while Trump's is "I alone can fix it?"

We're at a human crossroads; we don't have to keep choosing a paradigm that divides and kills to conquer. A huge shift in emphasis is that women's rights are human rights, the imbalance in representation and legal protection around the world has to be corrected on every level for all humanity to thrive. It's just common Zen.  Hillary Clinton has for decades championed issues to benefit women and children around the globe; having her as our POTUS sends the absolute right message to every corner of our planet.  This is better than landing on the moon to prove how cool we are as a country.

We need a paradigm shift in which we look away from a daddy figure who can fix it (If DT saying 'who's your daddy?' doesn't scare you, I can't imagine what might.). The new approach at fixing things is to ask ourselves, what's my contribution?  Partnership, cooperation, compassion and understanding may be slower tools than shock and awe, but, truthfully, how have the blood baths been working?

A paradigm shift might take a long time to actualize, or perhaps no time at all.  I don't know.  It is, however, in process right now; each of us can have a part in growing the change we want to see happen.

In my dream of our immediate future, we come together as never before to give back in our communities and our country; we treat each other with respect, regardless of differences, and we take pride in this great rainbow nation led by our first woman president.  For those who persist in their bullying, jeering and hating, let's call them Roger:

Posted by Adelita Chirino at 7:35 AM