The Flowering of Women 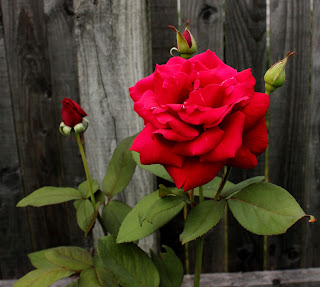 In my last post I told you about Mother Nature’s S.O.S. to all dreamers.  The real and present danger to our own survival as a species if we don’t learn to value all living things above ridiculous monetary gain should be apparent to all but the most concrete embedded citizens of this planet.  So that means that most of us must know this and most of us must act to do our part.  That means there’s hope.

And where there’s hope, there are women.

Another dream theme that is coming increasingly clear to me is that Mother Mary is indeed howling for us to wake up, especially the women. (The link will take you to my Howling Mary dream. She’s the Feminine Divine who recruited me in a dream in 1971. When Mary howled, I listened; she led me to discover the goddess and the importance of dreams as organic spirituality.) Bye, bye patriarchy; I just can’t take you seriously, anymore.

The deep, ancient understanding that the Feminine is behind all creation, all life on the planet (and perhaps beyond), that our pre-historic ancestors saw the Divine as Mother, came to me first in dreams.  Synchronicity took care of the rest; my life played out in the most interesting and parallel ways to that big dream.  Having that dream as a road map made it much easier to sort out the paths I took; dream guidance is a powerful ally.

At the time I heard Mary howl for help in my dream, there were very few women in religious authority; the stained glass ceiling of religion is a tough one to crack for women, to this day.  Many of the women I met as fellow students in seminary in those days were challenging the ban on women priests and ministers in Christianity; most everyone but the Catholics caved.  Many got ordained; I didn't because I learned that I didn’t want to change the system from within.  The definition of insanity is to keep doing the same thing and expecting a different outcome.

So I turned my attention from theological studies to psychological ones, after all, the word psyche in Greek means soul.  By then, I was convinced that understanding dreams and dreaming was the road to my Divine connection and so much more. I pursued studies in transpersonal psychologies and Jungian ideas.  I also studied and continue to learn about the Goddess in her many manifestations and in her great antiquity.

This brings me to the real topic of this post.  Woman’s flowering.  Perhaps, you’ve noticed that a great divide exists in this American political race regarding issues that deeply impact women. I sincerely hope many, many Americans are disturbed about the attack on women’s autonomy and full constitutional equality afoot in Republican legislation.  What is at the root of these political attacks? Religion.  Religious thinking that says our god, the great white patriarch, knows what’s best for women.  Women should have no choice about when to conceive, let alone whether to be pregnant and give birth because it's really god who's creating; she's just the incubator.

Already, the republican anti-woman rhetoric is beyond belief, from leering disrespect to condescending religious dribble.  Looking at the horrible situations in the world today, I feel stuck between two super patriarchy’s, Christianity and Islam, who have nothing but the worst intentions for me.  “Shut up, sit down, do as I say or I’ll make you.” Do women really want to be treated this way?  No, of course not.

There is great danger in what’s psychically implanted, because we’re controlled by our deepest beliefs.  Notice please, that in groups where the strictest religious sanctions apply to women’s behavior, women lead invisible and often miserable lives.  Religion is the corporation that handles mind control for the big patriarchies of the world.  It’s easy to spot a patriarchy, just count the women in public and religious authority.  When you've only got a male god, watch out, especially when he's petty, unfeeling and constantly demanding.

Mary was howling about the way things are done in religion and about her relegation, the Feminine Divine, to the sidelines.   In my dream, I know I have to do something to help Her; her pain is unbearable.  I snatch the chalice from the priest’s hands and the worms he was giving as communion turned to rubber bands.  What do you use rubber bands for?  I use them to hold things together.

Just as we're being called in dreaming to honor the planet and hold it together, women, and men who love women, are being called to take charge of the clean-up and transformation of human consciousness, with our hearts open to the sacred Feminine.  I think the literal manifestation of this dream is that we'll see more women in roles of leadership, leading compassionately and cooperatively with men.  The flowering of women means that we come into our full potential as equal citizens of this planet, as leaders and saviors and healers and mothers of all.  We don’t use the same methods or employ the same mentality, because on this very real eve of self-destruction, we see clearly that those methods haven’t worked.

Consider the metaphor of women being de-flowered. In patriarchy, much is made of the deflowering of women, control of women's virginity.  I’m sort of stuck in reading "Memoirs of a Geisha"; I’m at the part where her virginity is being auctioned to sleazy old men and it makes me sad.    The sado-masochistic patriarchal paradigm of sexuality is another psychic realm where deep healing is needed.  Again, it’s about woman’s role in sexuality. Was it fun for her?  Was it joyful for them?  “The only sin that passion can commit is to be joyless.” Dorothy Sayers

What would it mean to flower a woman having sex with her – to invite her out to unfold in all her pleasure and all her glory?  What would it be like if advertising treated women and men as people instead of body parts?  Would we have more joy centered, less frenzy driven or repressive sexual cultures?

The flowering of women means the empowering of all that is Feminine.  She’s calling to us all – be the change you want to see and see to it, with all your soul, that the change happens.

Posted by Adelita Chirino at 8:23 AM