The Sizzle in Lightning Dreamplay 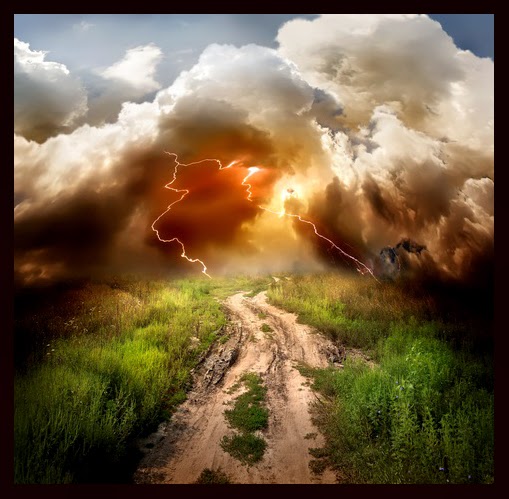 On April 8th, I again had the pleasure of talking with Robert Moss on his inter- national radio show.  He spoke with several Active Dreaming (AD) enthusiasts, some professionals using AD as a teaching modality, all using it as a personal practice.

He asked us each how we introduce AD to people who haven't heard of it and for stories from our teachings.  Since our talk was brief, I didn't share this one on air, but here with you.

Very recently I had the honor of introducing AD to a wonderful group of about 50 adults, some helping professionals in integrative medicine, all soul explorers.  I always try to teach the Lightning Dreamwork game quickly, then do several rounds of it, commenting in between on things the dreams we share bring up.  On this night there was a lovely woman, probably in her late 70s, and her daughter and a friend in the circle.  She was the last to share her dream; it was deceptively simple.  "Fear" was the title.  She described how she, as a young nurse, one obviously fiercely committed to her profession's ideals, would have a recurring dream about somehow messing up a patient's medical records.   She described how in "real" (waking) life she would frequently double back to the hospital after a shift to re-check her day's recordings for accuracy.  She lived in fear of making a mistake.

One might think that this is an old stale dream that she hadn't visited for decades, since she'd retired, but it came to her there in that circle and she shared it. Dreams have energy, regardless of time stamp; they don't expire. I was delighted to hear a male psychiatrist in our group voice his dismay that, in his dream of her dream, she worked in a patriarchal, hierarchical system that often undermined female self-esteem. Several others offered her lovely "if it were my dream" images and analogies; I offered her what came to me.

I told her that one of the things I've been delighting in lately in my dream practice is time travel within this lifetime, visiting my younger selves and giving them love, support and good counsel, as well as listening to what they have to say to me, now.  I told her that if this were my repetitive dream in any particular period of my life, I'd choose that younger self, perhaps a wonderfully smart, pretty, funny, full of life and a sense of can-do younger self, and tell her what a great job she's doing and how much her patients love her for her consideration and understanding, not just her professional skills, which are also strong in her.  I'd tell her that another generation down the road, women wouldn't be feeling quite so constrained and repressed in their fields, that being a doctor herself is a distinct possibility in a parallel life.  I would assure her that she has nothing to fear, because I have her back, and I would ask her to be with me, in a renewed bond of confidence, curiosity and courage, in my present life.

I could tell as I was talking to her that she was really digging what I was saying.  It's as if she lit up from the inside and, filled with relaxed breath, became light as spirit; (a signal of dream gates opening in a person that Robert often talks about in stories of his own workshops).  When asked how she would honor this dream, she eagerly said she'd write that letter.  I saw her exiting with daughter and friend, all three vibrant with excitement about dreaming.

The sizzle in Lighting Dreamplay is that it's as easy to teach as your average five step board game, but because it harnesses the electric power of dream worlds and dream energy, it produces results as deep as any achieved in those "aha" moments of life, on a more regular and reliable basis.

I hope dreamers and wanna-be dreamers in the New England/CT area will join me and Lynette Turner in our celebration of The World Day of Active Dreaming on May 10th at the ARC Sacred Center in Monroe, CT, from 1-4PM.  Let me know if you're joining us.
Posted by Adelita Chirino at 2:06 PM