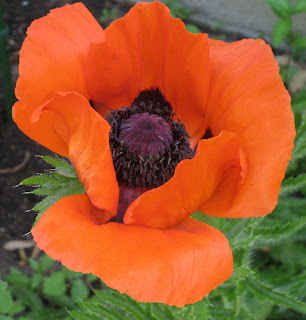 Today is the 23rd anniversary of the day my husband got "Rolfed by a Buick," as he puts it. We celebrate the fact that despite getting hit as a pedestrian while standing on the sidewalk outside the train station and spending six weeks in the hospital, he is pretty much unscathed today.

What also comes to mind is the power of dreams to give us a heads up, as well as, the reality of psychic resources that become available when the manure really hits the fan.

Jim didn't keep track of his dreams back then, but he was well aware of how important they are to me. That morning, as I dropped him off to catch his train into the city, he turned as he was getting out of the car and said, "I had the weirdest dream last night." "Oh," I said, "what was it?" He replied; "I don't remember much, I just know I'm supposed to stop and smell the flowers."

I can't help but wonder what warnings that dream may have contained, and whether, if we'd had the whole dream memory that morning, it may have given us some kind of clue to help avert this less than happy event.

Still, with the consolation of hindsight, many good things did come of it. One was the certainty that help is available from sources beyond ordinary reality. Jim recounts how when he saw the car barreling towards him at a speed he knew made it impossible to evade it, he told himself, "I don't want to be here for this." He witnessed the rest of the gruesome happenings outside of his body. He also told himself to get his weight off his feet, and that saved his life.

In the hospital, from ER to ICU, he relates how a voice, not his own, in fact one that from the timbre and accent sounded like that of an African American male, kept up a continuous narrative of everything that was happening to him and around him, making him feel much calmer. It would explain medical procedures being performed for him or tell him who was outside the room waiting to see him.

Every July 25th since that day in 1988 has been a day we both feel especially grateful and glad to be alive. It's also a day where I give extra special thanks for guides and teachers and dreams.
Posted by Adelita Chirino at 12:18 PM